Hafiz Hassan received an Australia Awards Scholarship to undertake a Master of Environmental Science at Monash University in Melbourne in 2017-2018. Hafiz faced more obstacles than most to reach such an achievement; his determination and resilience in the face of adversity are truly inspirational.

Hafiz has excelled in his studies since his youth. “I had big dreams”, he says. But fate stood in the way of his ambitions.

In the late 1990s, Hafiz was diagnosed with an autoimmune disease called Ankylosing Spondylitis. This condition affected the mobility of all his ribs, along with his backbone. The condition was not serious at first but gradually started getting worse and was at its worst around mid-2000. He was unable to stand straight and activities that required him to move his joints became painful.

“I went from being a mischievous young adult climbing trees to someone who could not even shower properly because it was so painful. I was feeling hopeless and helpless; I was rejected from many jobs. When I had to move to a wheelchair, I was scared that I would have to spend the rest of my life in one,” says Hafiz. “This condition turned my life upside down.”

With his disease, finding employment was challenging for Hafiz. But he persevered and received an interview to join the Bangladesh Civil Service. Hafiz felt he needed to convince the civil service to hire him despite his condition. “I asked them to give me a chance,” he says. He was offered a job in the Agricultural Extension Department and was posted to the Rangamati district, 600km away from his home.

While some superiors questioned Hafiz’s capabilities, his boss (MD Aktaruzzaman, the Upazila Agriculture Officer at the time) was supportive and recognised his potential. Hafiz was responsible for managing presentations and reports and guiding and training staff in different activities of the Department.

However, he still had bigger dreams. Hafiz aspired to travel abroad to pursue higher studies. “I never wanted to migrate,” he says. “I am grateful to my country. But I needed a change.”

This was when Hafiz started applying for various scholarship programs, and when he first heard of Australia Awards Scholarships. Australia Awards stood out to him because they are made available to such a wide range of applicants from different technical and professional backgrounds. Hafiz found the application process straightforward— “Everything was clearly explained”, he says—and lodged his application after meeting the eligibility requirements.

After Hafiz was successful in his application, an official assessed his needs to provide him with tailored support to enable him to live and study in Australia. Hafiz was determined to be independent without assistance. The official explained that she wanted to know about his needs in order to have a better understanding of his requirements and how Australia Awards could support him. The official recommended a special table and a chair for him. At first, Hafiz did not believe it would help him. “Until I started using it, I didn’t even imagine how helpful that sort of thing can be,” says Hafiz.

The support Hafiz received through Australia Awards also included assistance for his wife to come to Australia as his caregiver, a special wheelchair that supports his back, and other provisions to make the adjustment easier. He says that if it wasn’t for the support, it would have been difficult for him to transition and settle in a different country with a different culture.

His experience in Australia was nothing but positive, he says.

“In Australia, the system supports everyone. Even train and bus drivers come out to help people in wheelchairs.”

Hafiz’s studies in Australia focused on the relationship between agriculture and the environment, climate change, and environmental pollution. Now that he’s back home in Bangladesh, he hopes to share his knowledge and experience back home with a focus on contributing towards his country’s agricultural development through training and knowledge sharing. He says that his teachers were supportive and the learning experience in Australia was more engaging and practical than what he had been used to. He had also been able to develop his soft skills through online courses. Hafiz says his condition has improved too.

With the support of Australia Awards, Hafiz began receiving treatment for his condition in April 2017. Thanks to this medication, “I can move a bit now,” he says. “When I got the wheelchair, I was afraid I would spend the rest of my life in a wheelchair. Now I have even started to walk gradually and feel much better. Australia Awards changed my life.”

Hafiz is grateful for the connections he made both professionally and personally in Australia, “I like to expand my network and meet new people. I made friends who helped me in numerous ways in and outside the university,” he says.

He also met other Australia Awards scholars with disability, “I met another scholar from Indonesia, she is blind from birth. We share our experiences. It is also a testimony of how Australia Awards supports people with different difficulties,” he says. 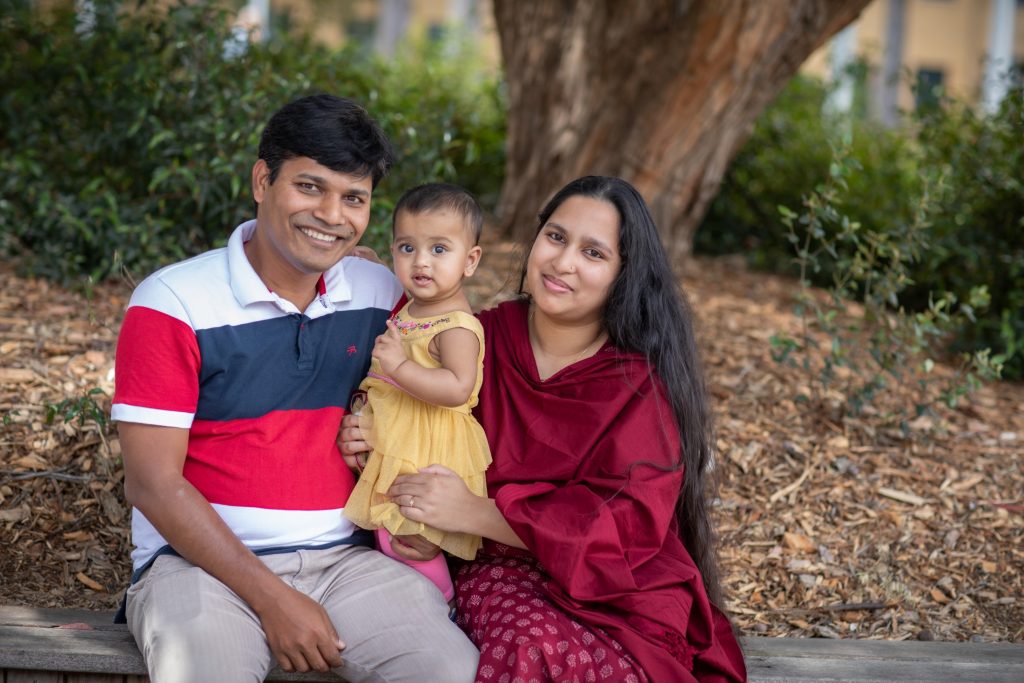 Hafiz says his wife has been the biggest inspiration through everything he has endured. They also now have a daughter who celebrated her first birthday recently. “I have now gone from planning the rest of my life in a wheelchair to being able to play with my daughter,” he beams.

With the hope of helping others to realise their own dreams and achieve great heights, Hafiz is offering advice to people in his network who are interested in applying for an Australia Awards Scholarship.

“I cannot even imagine what would have happened if I did not take up the Australia Awards opportunity,” says Hafiz.