She expressed hope that Australia Awards alumni will continue to use their Australian experiences in their roles, as ambassadors for intra-regional trade, connectivity and economic diplomacy between the two countries.

The event was designed for Australia Awards Short Course alumni in the international trade sector. Through their studies in Australia, the alumni received the opportunity to enhance their knowledge and skills to think and act strategically on international trade and development issues. 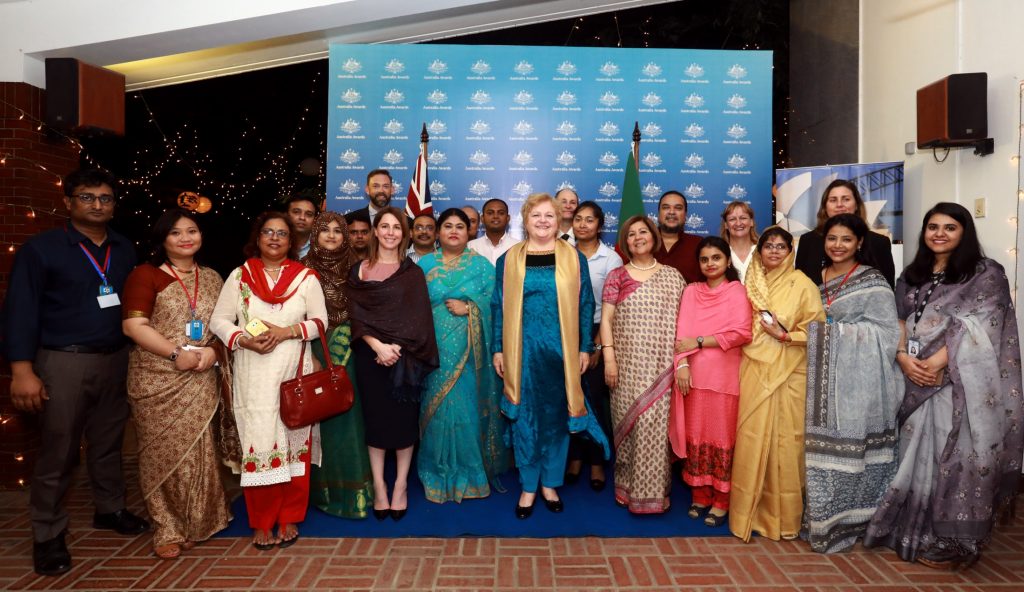 Her Excellency Julia Niblett also commented on the economic growth of Bangladesh over the past decade, acknowledging education programs focusing on digital literacy for women and minority groups which have in turn, improved opportunities for women to participate actively in the country’s economy. Deputy High Commissioner to Bangladesh, Ms Penny Morton, also attended.

Fourty-four Bangladeshi alumni have completed the Professional Certificate in International Trade, funded by the Australian Government’s Department of Foreign Affairs and Trade (DFAT) through an Australia Awards Short Course, delivered by the University of Adelaide’s Institute for International Trade (IIT).

Speaking at the reception, Professor Peter Draper, Executive Director of IIT said that IIT was developing deeper research connections with Bangladesh through interactions with the Indian Ocean Rim Association (IORA), the Centre for Policy Development (CPD) and the many IIT alumni working in Bangladesh. 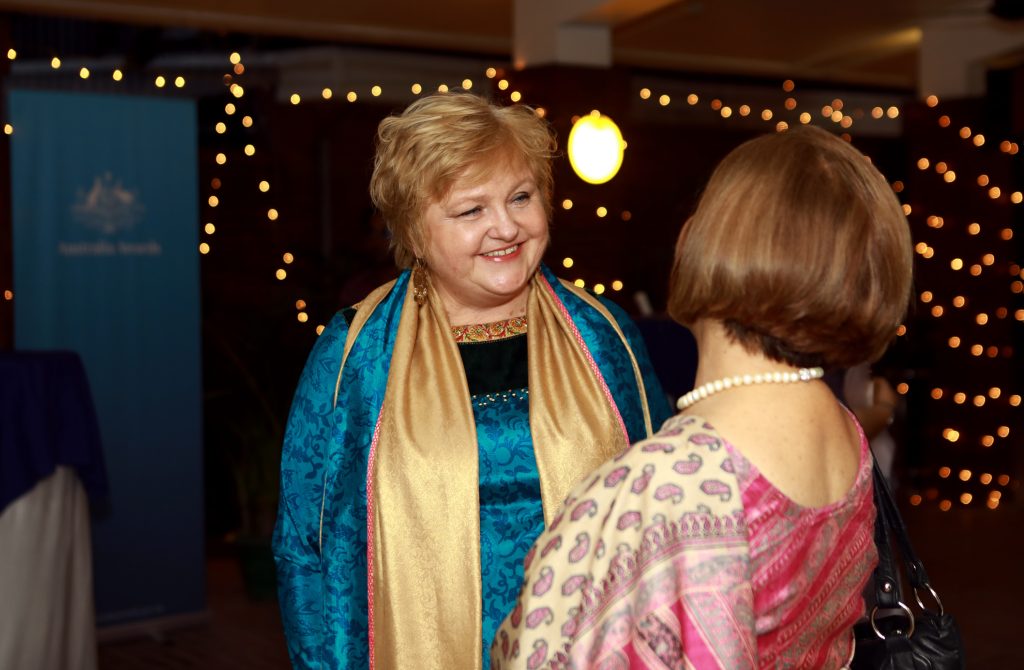 Australian High Commissioner to Bangladesh, Her Excellency Julia Niblett, speaking with Ms Rokia Afzal Rahman, the President of the Bangladesh Federation of Women Entrepreneurs and Vice President for the International Chamber of Commerce in Bangladesh

Ms Rokia Afzal Rahman, who previously participated (through an Australia Awards-funded training activity) in the ‘Trade Facilitation Reform: A Business & Government Partnership Conference’ held in Sydney in 2016, spoke at the event on the history of women’s economic empowerment in Bangladesh, women entrepreneurs, and the breaking of taboos and restrictions related to the full participation of women in the workforce. Ms Rahman is a former Advisor to the Government of Bangladesh and current President of the Bangladesh Federation of Women Entrepreneurs, as well as Vice President for the International Chamber of Commerce in Bangladesh.