Khalid is currently working as a Program Coordinator at the Bangladesh Country Office of the International Union for Conservation of Nature (IUCN), the largest global platform of organisations and experts working on the natural environment, climate change and biodiversity conservation. In this role, Khalid contributes to ecosystems management, biodiversity conservation, equitable access to natural resources and nature-based climate actions by engaging with different community groups in Bangladesh.

Khalid received two separate Australia Awards Scholarships to undertake his postgraduate studies: an Australian Development Scholarship to complete a Master of Diplomacy and Trade at Monash University in 2006, and an Australian Leadership Award to complete a PhD in Management at RMIT University in 2015. The latter course of study was particularly relevant to his current role, as his PhD focused on climate change adaptation practices of multinational corporations.

Khalid sees his Australia Awards experience as immensely beneficial for his line of work. During his stay in Australia, he established links with various Australian institutions that he maintains to this day through online collaborations. Recently, he attended webinars on ‘Nature-based solutions for building urban resilience’ organised by the Melbourne Sustainable Society Institute and ‘Zero or net-zero: does it matter and why should we care’ organised jointly by the State Library of Victoria and the Grattan Institute.

“The documentary was produced by Campaign for Sustainable Rural Livelihoods—a national network of more than 200 NGOs in Bangladesh for which I worked as a Campaign Coordinator.” 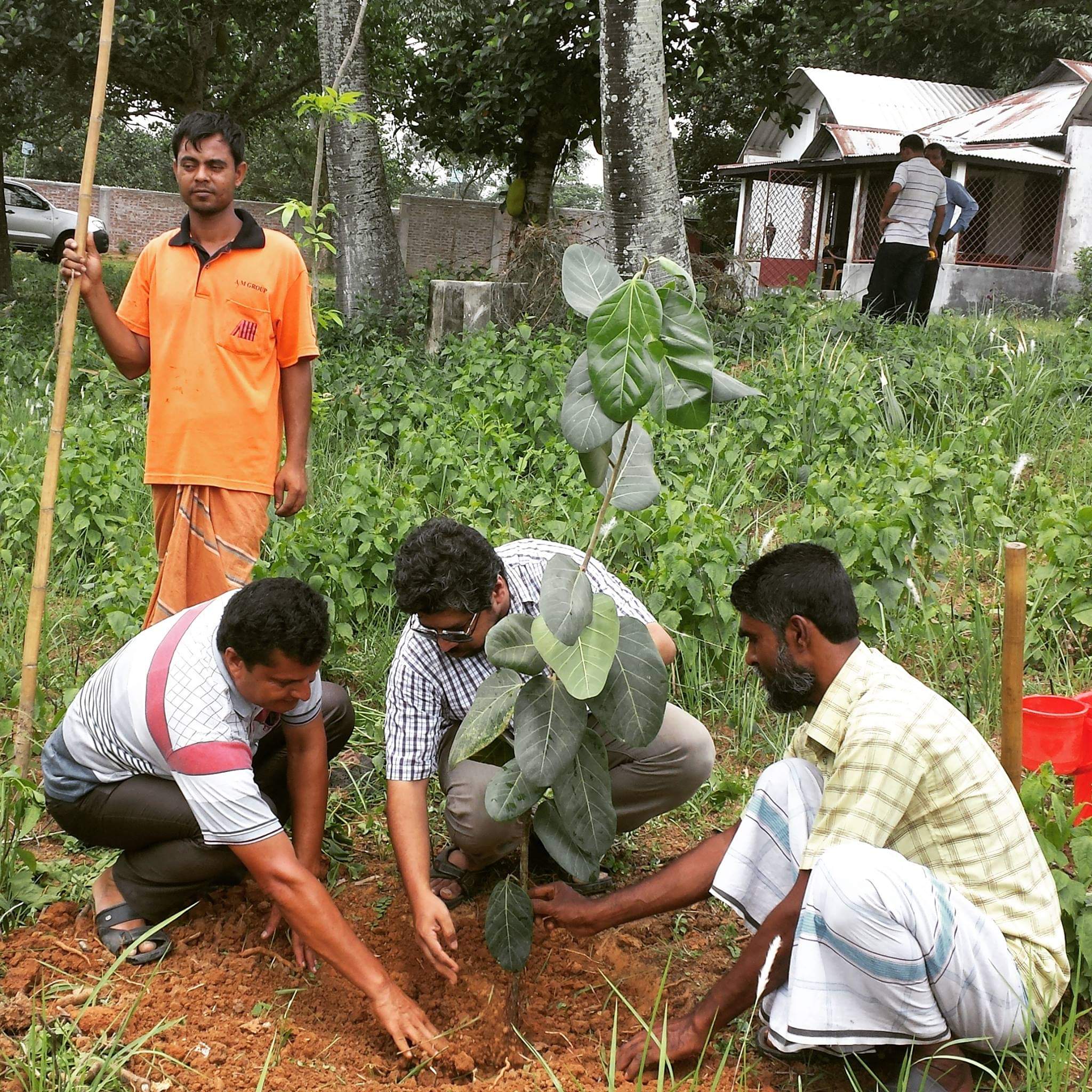 After returning to Bangladesh, Khalid first worked as the Head of the Climate Change Programs run by the Christian Commission for Development in Bangladesh, one of the oldest NGOs in Bangladesh, and later as Oxfam’s Economic Justice and Resilience Program Manager. While working at Oxfam, he implemented activities to promote sustainable construction in Bangladesh in order to help restore agricultural and forest ecosystems. The project aimed to reduce the negative impacts of Bangladesh’s construction industry on the environment, livelihoods and communities by enabling the transition from unsustainable ‘traditional bricks’ to environment-friendly alternative building blocks. Working with partners, including the Government of Bangladesh, Khalid and his team contributed to achieving systemic change in the brick-manufacturing sector. Their work resulted in new legislation prohibiting unsustainable brick production and promoting alternative technologies that reduce air pollution.

“My Australia Awards Scholarships have broadened my knowledge of current issues and approaches to climate change adaptation, mitigation, ecosystem restoration and protection. Since IUCN emphasises knowledge generation along with field-level implementation and policy influencing, my doctoral study has always been instrumental to perform well in developing and implementing projects related to climate change, biodiversity conservation and environmental protection,” says Khalid.

With his team at IUCN, Khalid is working on national ecosystem restoration initiatives such as the restoration of threatened plant species in Bangladesh. “I aspire to expand my engagement in nature conservation through the protection of threatened bird and mammal species like the Asian elephant, the vulture and the dolphin,” he says.

Khalid feels that he has created positive outcomes for nature and the environment at the grassroots level in Bangladesh through his leadership. He has involved different community groups and associations—youth, women, refugees and people engaged in nature-dependent occupations—in ecosystem restoration activities, as they have a major stake in this matter. For example, he led the development of the second phase of Oxfam’s Resilience through Economic Empowerment, Climate Adaptation, Leadership and Learning program (REE-CALL) in Bangladesh, which worked with around 800 women-led grassroots organisations. REE-CALL involved young women and men taking actions to restore the ecosystem for climate change adaptation.

He was also involved in the Empower Youth for Work project, which focuses on giving young people in rural areas of Bangladesh opportunities to develop themselves. The project initiated a youth-led ‘climate-smart village’ in the Khulna district of Bangladesh, giving young people the skills and confidence to take climate actions, raise awareness and motivate their community to adopt climate-smart behaviours. Khalid feels that such achievements were only possible through building and mobilising a diverse set of networks at national and community levels. 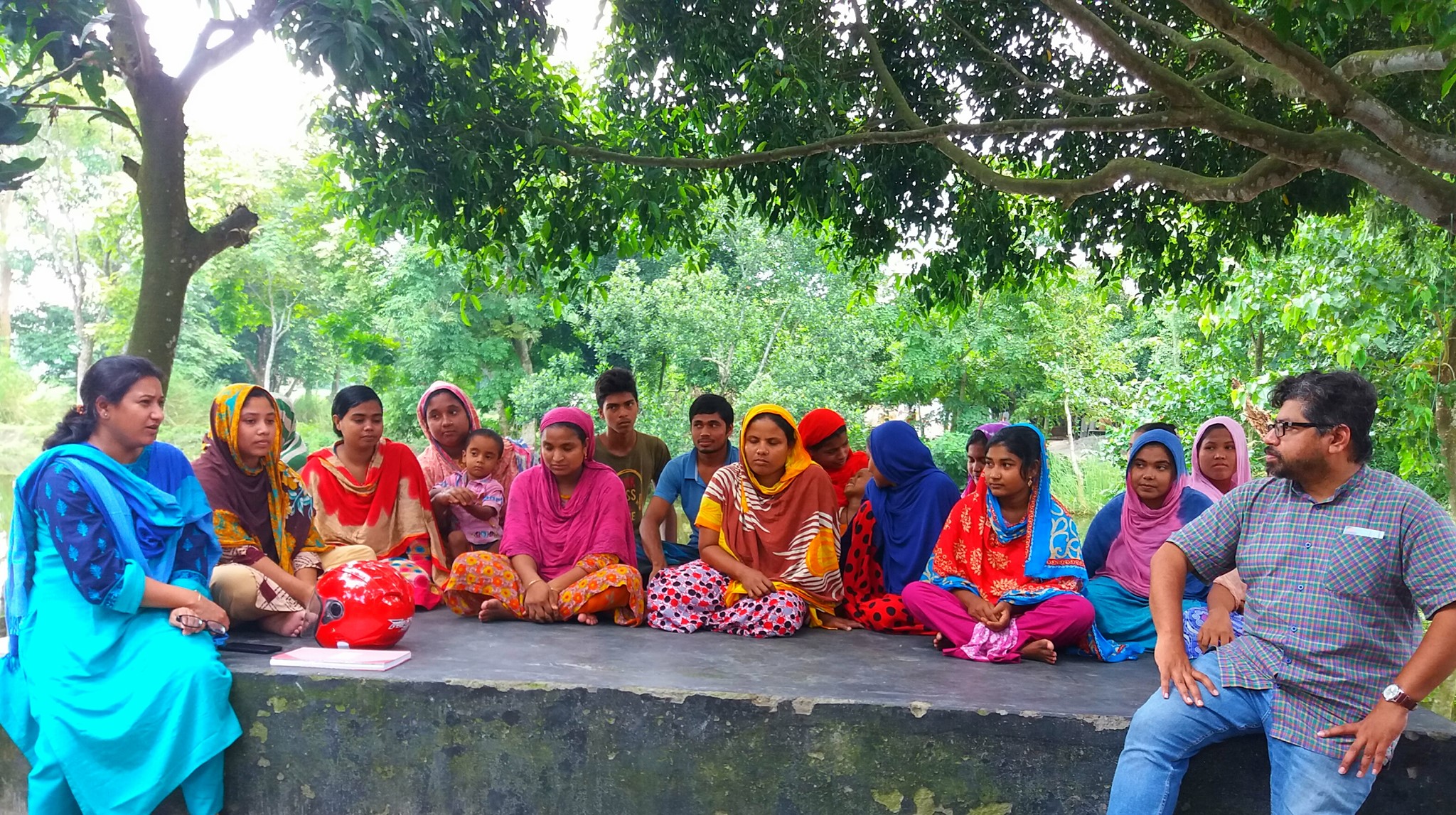 To help mainstream gender equality in ecosystem restoration, Khalid has recently started to lead IUCN’s National Assessment on Interlinkages of Gender Equality and Climate Change project in Bangladesh, and a study to strengthen the knowledge base on gender-based violence and environment linkages. These initiatives will be supported by UN Women and the United States Agency for International Development, respectively.

Contributing to environmental protection and restoration has not always been easy. Khalid notes that Bangladesh is a densely populated country with heavy dependence on natural resources for economic activities. He has found that economic growth and development are often given priority over ecosystem restoration. He feels that this issue is a major challenge for nature conservation and environmental protection, and is currently working with various partners, including relevant Government of Bangladesh departments, to address this challenge.

In 2021, World Environment Day calls for urgent action to revive the Earth’s damaged ecosystems. In support of this theme, Khalid says that “in the quest for a healthier planet, a healthy ecosystem and rich biodiversity are a must”.