A battle to save the livelihoods of indigenous groups in Bangladesh

Australia Awards alumni Pallab Chakma, Lelung Khumi, Shohel Chandra Hajang and Janet Vanpar Naco—all members of the indigenous community of Bangladesh—are fighting to protect the livelihoods of their people. They recently implemented an Australia Awards-supported project titled ‘Community empowerment and action against illegal stone extraction to preserve the natural environment in Bangladesh’. The project aimed to find solutions to the environmental threats and health hazards faced by the indigenous groups of Bandarban, Bangladesh, due to illegal stone extraction from natural water bodies.

“The illegal stone extraction is drying up the water streams and putting the indigenous communities in great danger. Right now, some of the communities in our area travel 4–5 kilometres each day to collect drinking water. If they lose this water source, they will be displaced from their territories and in return will lose their culture, livelihood and income-generating means,” says Pallab Chakma.

Lelung Khumi says, “We are the educated members of our community, so we thought it was our duty to protect our environment and so decided to fight against the stone extraction.”

The team went on to successfully lobby for environmental reforms as a part of the project and secured a court verdict to stop the illegal stone extraction.

“When we started this project, the learnings I received during the Australia Awards Scholarship helped me to analyse the scale of the conflict. We were able to determine the main actors and how we can negotiate with them,” explains Pallab.

The team from Bangladesh presented their project during the Australia Awards – South and West Asia Regional Alumni Workshop 2018 and were the overall winners at the workshop. The project win gave them the opportunity to travel to Brisbane, Australia, to attend the Climate Reality Leadership Corps training conducted by former US Vice President Al Gore. The training has helped the alumni further build their capacity to continue their battle against illegal stone extraction.

Pallab says, “We are very grateful to the Australian Government for supporting our participation at the Climate Reality training. We have met experienced people and activists, and the knowledge we have gained from them will help us in our cause.” He adds, “During the training I remember a slide from the former US Vice President’s presentation which said that after the final No there will be a Yes, and that Yes can change anything. We are working for the Yes!” 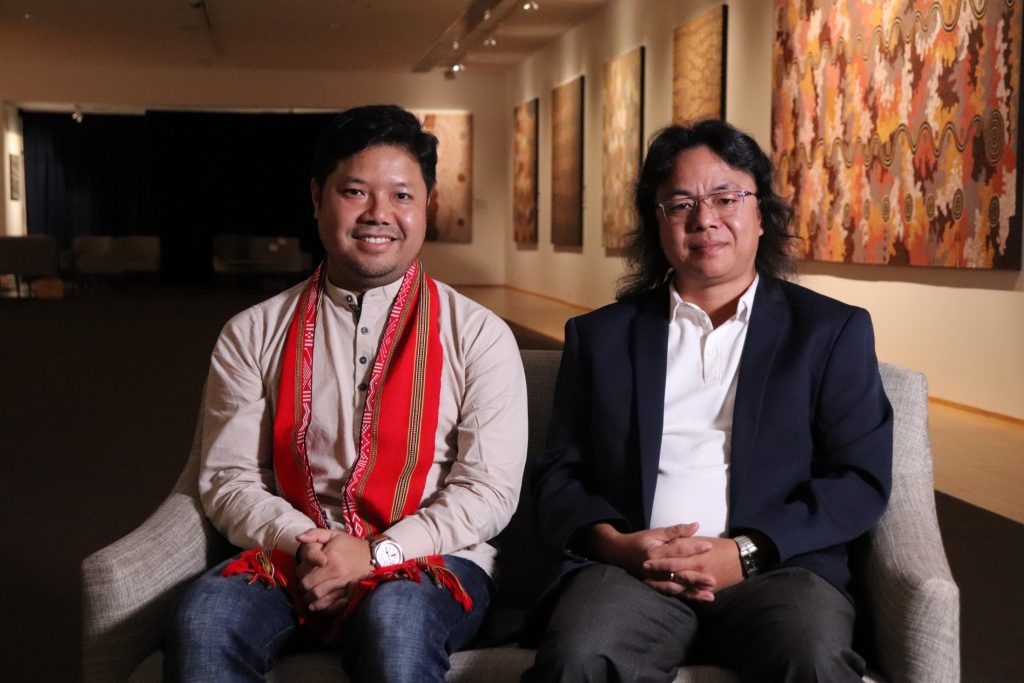 Australia Awards alumnus Pallab Chakma and Lelung Khumi undertaking an interview regarding their Australia Awards-supported experiences and their environmental protection project in Bangladesh.

About the participatory mini-documentary

As part of the prize package they received at the Regional Alumni Workshop, Pallab, Lelung, Shohel and Janet also received the opportunity to showcase their environmental protection project through a participatory mini-documentary. The alumni received training and capacity building through a creative digital storytelling agency, TheStoryBoxes, to coordinate filming of their project in-country.

The alumni were trained in a storytelling method that encourages individuals to think about and draw from their own unique experiences to create authentic, human-centered content to engage audiences’ hearts and minds. Through this mindset and creative approach, the alumni were taught how to capture video and photographic footage that focused on the people—the communities and the families—that their project ultimately aimed to support and empower. The alumni were also given guidance on technical video production techniques, such as developing a clear shot list, using equipment properly, and employing a variety of angles when filming. 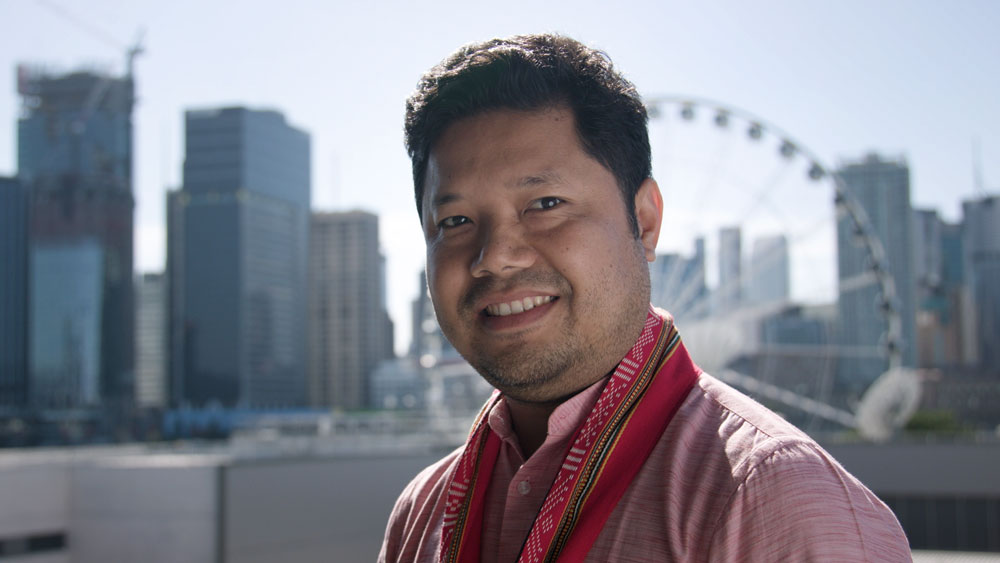 Australia Awards alumnus Pallab Chakma is an indigenous rights activist from Chittagong Hill Tracts, Bangladesh. Currently he is working as Executive Director of Kapaeeng Foundation, a leading indigenous peoples’ organisation of Bangladesh that works for the promotion and protection of the rights of indigenous peoples. He is also associated with Bangladesh Indigenous Peoples’ Forum, where he holds the position of Assistant General Secretary in the National Committee.

Over the years, Pallab developed his expertise in areas such as community development, human rights of indigenous peoples, campaign and advocacy, indigenous women’s rights, environmental protection, and climate change. He is engaged with different United Nations mechanisms and processes related to indigenous peoples and is also one of the editors of the Annual Human Rights Report of Indigenous Peoples in Bangladesh, a regular report on indigenous peoples’ human rights situations. 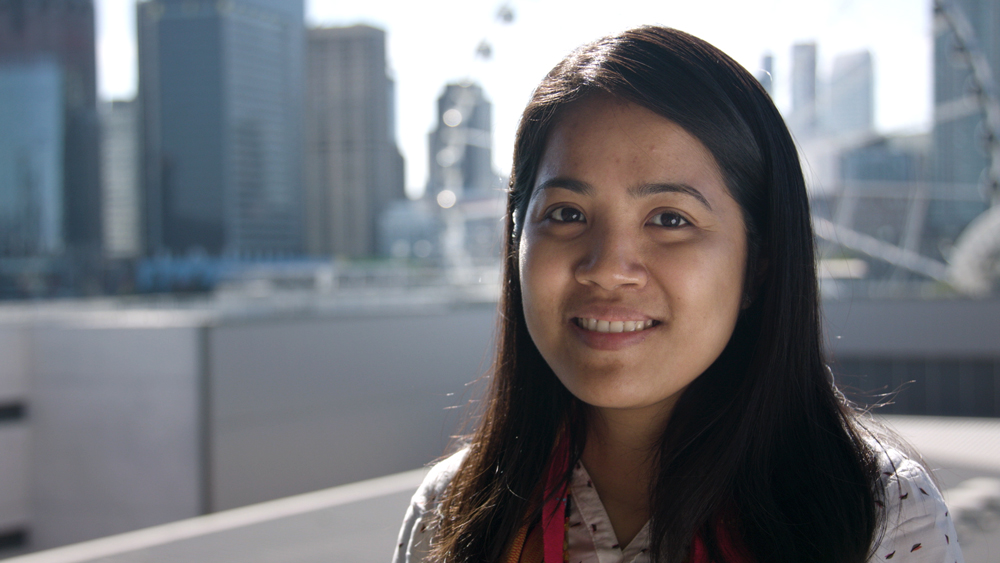 Australia Awards alumna Janet Naco is an indigenous woman from the Bawm community in Chittagong Hill Tracts. Janet is a humanitarian aid worker who is currently working as a Women’s Protection and Empowerment Manager for International Rescue Committee in Rohingya Emergency Response in Cox’s Bazar, Bangladesh. Before this role, she worked in several local and international development organisations in Bandarban Hill District, Bangladesh, as a project implementer and also researcher in the area of advocacy for gender, indigenous women’s rights, education and development issues.

She holds a Master of Development Studies from East West University, Bangladesh, and a Bachelor of Arts in Anthropology, Sociology and International Relations from Curtin University in Western Australia, the latter completed through an Australia Awards Scholarship she received in 2009. 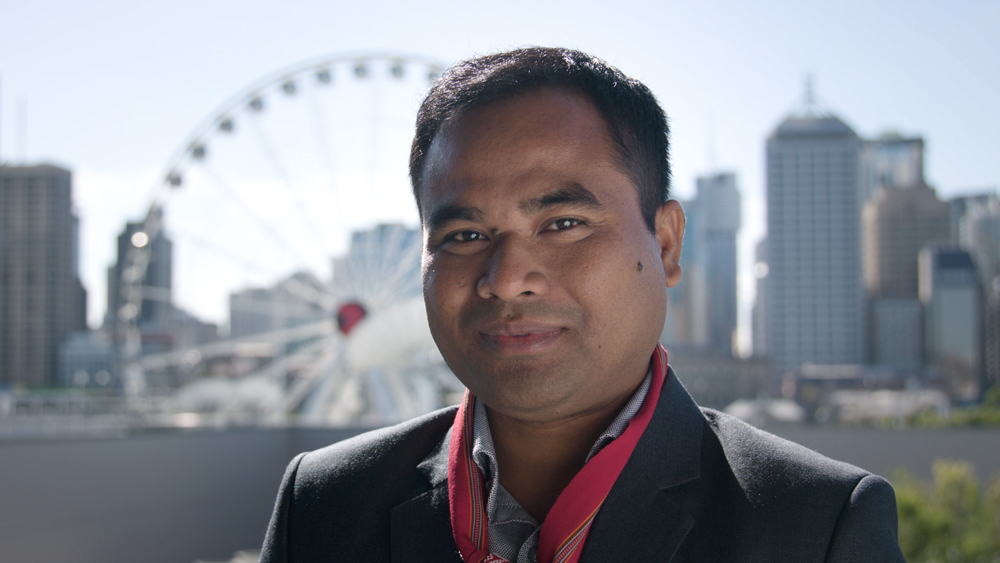 Australia Awards alumnus Shohel Chandra Hajang belongs to the Hajang indigenous community of Bangladesh’s plain land. Currently he is working as Project Coordinator at Kapaeeng Foundation. He has experience working with the Bangladesh government and different international organisations, including ILO and Action Aid.

Shohel completed his Honours and Master of Social Welfare from Dhaka University. He completed a Master of Development Studies from James Cook University in Queensland, Australia, through an Australia Awards Scholarship.

In addition to his current involvement in Kapaeeng Foundation, he is the current Treasurer for Adivasi Australian Scholars’ Association of Bangladesh and is a lifetime member of the Australia Alumni Association Bangladesh. He has served twice as the Organising Secretary of Bangladesh Jatiya Hajong Sangathan, a community organisation. Shohel represents indigenous peoples in different United Nations forums, including the Expert Mechanism on the Rights of Indigenous Peoples and the United Nations Human Rights Council. Shohel also writes columns in national dailies regularly, highlighting different indigenous rights issues. 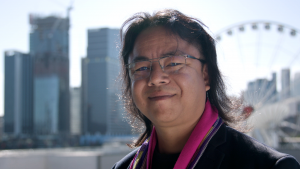 Lelung Khumi is a development worker by profession. He is currently working as the Learning Corps Program Coordinator at Helen Keller International in Bandarban Hill District, Bangladesh. He is from a marginalised indigenous community known as Khumi. He was brought up in a family of swidden cultivation (a traditional form of agriculture that is also known as shifting cultivation) in Kholine Para under the Ruma sub-district of Bandarban Hill District, Bangladesh.

Lelung completed his Bachelor of Social Science (majoring in Sociology) from Southern Cross University in Lismore in New South Wales, Australia, through an Australia Awards Scholarship in 2010. Upon his return to Bangladesh, he worked as a Planning Officer for five years under a capacity development component of a joint venture program executed by Bandarban Hill District Council and the United Nations Development Programme’s Chittagong Hill Tracts Development Facility. His role involved project planning, project implementation, policy development, coordination, facilitation, monitoring and evaluation, advocacy, reporting, and developing publications, including newsletters and annual reports.